“Going to Be My Choice” 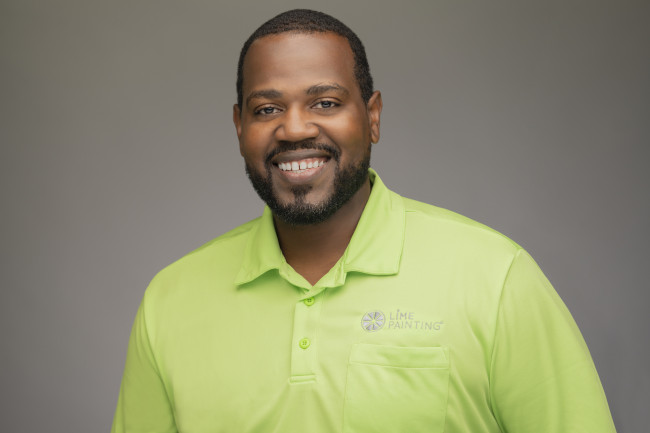 As a child, Michael Allison had great role models. One of them was his grandfather. While growing up in Jamaica, Michael got to watch him construct houses. From beginning to end, he would watch as his grandfather took simple materials and transformed them into spaces where people could live.

Those years left Michael with a deep love for contracting and everything involved with building project management. In fact, he took what he learned at his grandfather’s knee and put it to good work for him after entering the military. The result left him ideally suited to pursue a career in contracting after returning to civilian life.

As he prepared for life after the military, the idea of checking into franchise opportunities came to Michael. That ultimately led to him choosing to invest in a LIME Painting franchise in Boca Raton, FL. That decision came about after looking closely at the opportunity and finding it aligned with his goals perfectly. Michael shares, “After due diligence, it became very clear that LIME was going to be my choice.”

Michael is quick to point out there’s a lot to love when it comes to his franchise. He sees it as not only a good thing for him, but also for the customers that he’s been able to help.

“I love the fact that this business was considered essential during a pandemic” is one of the first things Michael shares. He goes on to point out “I love that I have the opportunity and flexibility to run my own business and generate my own income, and I love that I get to be more involved with my son.”

Michael points out that this is a franchise opportunity which is especially helpful for vets like himself. That makes it all the easier for him to share this opportunity with others who are making the transition from military to civilian life.

LIME Painting’s core values also resonate with Michael. As he points out, LIME can be an acronym that dovetails with the core values he learned and embraced as a Marine. LIME’s commitment to Love, Integrity, Mission, and Excellence fits in quite well with the Marine core values of Honor, Courage, and Commitment.

As he puts it, “They are the building blocks of a Marine. My experience in the U.S. Marine Corps taught me about commitment. hard work, stress management, leadership, and a 'bigger than self' attitude. As a business owner. I embody all of those ideals and it has helped me succeed."

Michael’s franchise has been up and running since September 2021. At present, he has two painting crews handling the workload. He credits much of the speed of getting the franchise going to the support he’s received from LIME’s corporate support team.

"The majority of the items needed were provided with step-by-step procedures to make sure you do not miss a beat,” explains Michael. While his background in contracting has been a great asset, he points out that having this type of experience isn’t essential. For those who are stepping in without that type of experience, he has a few words: “There is a learning curve if this field is not up to your alley, but there is tremendous support and internal training to get you up to speed."

The fact that what he does makes a positive impact on people’s lives is not lost on Michael Allison. As he puts it, “Ultimately, it gives me an opportunity to assist homeowners in maintaining value in one of their most prized possessions.” That’s a benefit not everyone enjoys with their careers.

For more information about franchises and becoming a franchisee, please visit limepaintingfranchise.com.

All, LIME Painting, GetLIMEd, franchise, blog, business
Back to Blog LIME Painting®, a professional painting company for high-end residential and commercial properties, announced the grand opening of its new location in Boca Raton, Florida. LIME Painting® of Boca Raton, owned by Michael Allison, covers all of Palm Beach County and the surrounding areas. Whether it’s inside or outside of your house that needs to be painted, you have a very serious decision to make. Will you go DIY or hire a pro? This was another satisfied referral within the Wash Park area.

Do you want to get notifications from this site?